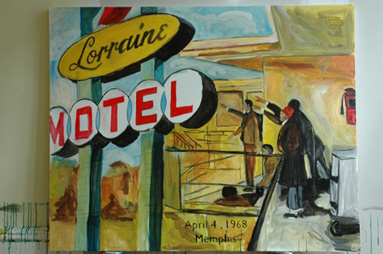 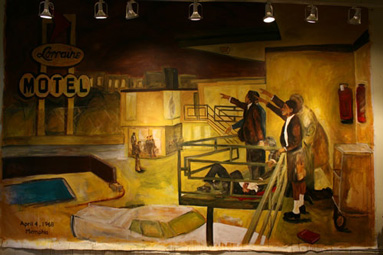 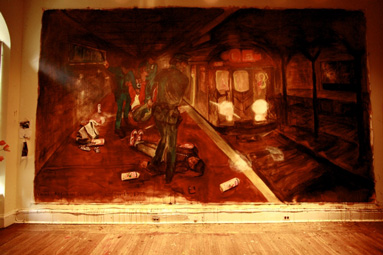 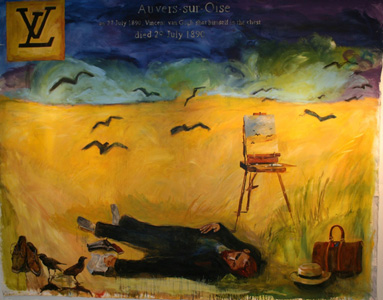 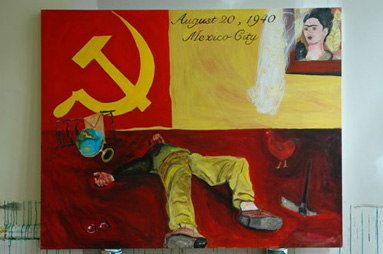 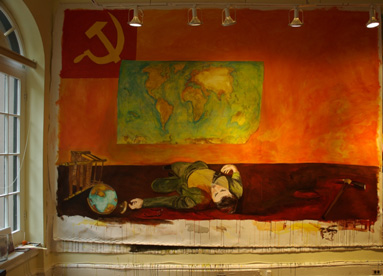 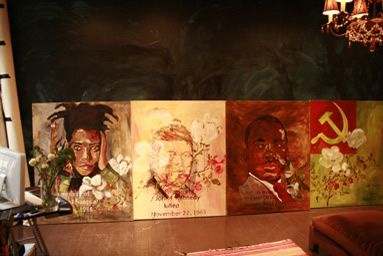 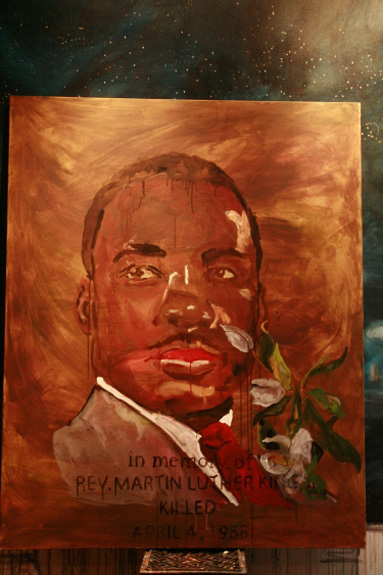 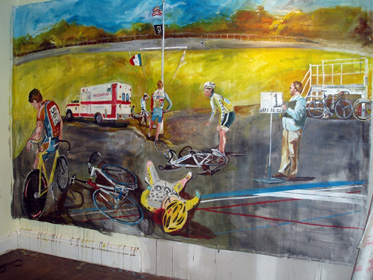 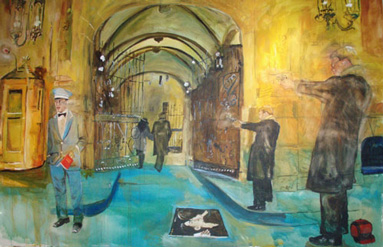 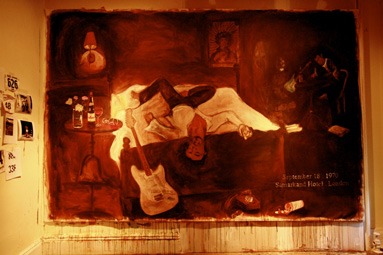 "To this day, many persons ask me whatever became of that artist that I showed who did those paintings of dogs and bear hunts" -Michael Walls

On view from May 22nd through June 7th recent paintings by artist Mike Howard co-curated by Gracie Mansion and Kimberly Marrero.

In 1993, the prominent collector, Jason Rubell, curated a solo show of Howard’s paintings shortly before closing his gallery in Miami. For personal and artistic reasons, Howard has not shown since but has produced a consistent group of work.

Howard, in keeping with his inclination for “off the beaten path“ projects is presenting his latest work on the lower east side in an abandoned space located at 60 Orchard street. His latest series carries forth his continued interest in appropriation. In this latest work, the artist explores iconic moments in history such as the assassinations of Leon Trotsky, Martin Luther King, John Lennon and John F. Kennedy as well as the tragic demise of such Rock legends as Jimi Hendrix and Janis Joplin and artists Jean-Michel Basquiat and Michael Stewart. A separate series involves homage to some of Howard’s favorite pioneers of art: Al Hansen, Don Judd, Marcel Duchamp, Jasper Johns and Andy Warhol.

The artist has not shown in New York City since 1991 when he presented several large-scale canvases at the Baby Doll Lounge, which served as backdrops for the lounge dancers. Howard’s interest in performance and showing in spaces outside the gallery comes from his affiliations with the Fluxus movement and his artistic comrades whom he met while at Rutgers University. Geoff Hendricks, Bob Watts, Al Hansen and Leon Golub were a major influence.

While working for Don Judd and attending The Whitney Museum Independent Program, Howard performed his 1st Fluxus (“approved”) event in 1970, which entailed the artist performing a series of weight lifting poses for the crowd while donning bikini shorts. Trisha Brown was in attendance during a performance and soon invited Mike to perform with her dance troupe.

In 1973, Howard performed in a Fluxus event at Rutgers University with other students and faculty. That performance involved the artist in a red beard recreating "Wheatfields” by Vincent Van Gogh. During the performance Howard pulled out a revolver loaded with blanks and shot he in the stomach upon completion of the painting. Special effects included ketchup covering the artist’s shirt (as well as some of his captive viewers). Howard recalled that a member of the NEA was in attendance who made it no secret that she was less than pleased with his unorthodox display (which entailed a live sheep on stage that had become startled by the shooting and abruptly ran off.) There were also very mixed reactions from a stunned crowd.

In 1975 dealer Michael Walls gave Howard his 1st gallery show in New York. Howard passed around an LLBean cover asking nine other artists to paint their own versions. Michael Walls exhibited the paintings in one room. In another room there were 4 large-scale bear hunting scenes painted by Howard. In 1983, Michael Walls recommended Howard to the studio program at PS1.

Walls wrote, “ with the exception of a small number of superb artists such Malcolm Morley and Neil Jenney, Michael was one of the first painters in New York to work in a manner that combined a tough and rambunctious conceptualization, strong social commentary, and an approach to the handling of paint that was both gestural and diagrammatic. The paintings made a deep and lasting impression on the large number of young artists who frequented the gallery at that time – including such persons as Julian Schnabel, Richard Busman, and Martin Silverman. To this day, many persons ask me whatever became of that artist that I showed who did those paintings of dogs and bear hunts. “

Howard went on to show with the well-known Gracie Mansion Gallery and staged a project entitled “Win a Trip to Paris Sweepstakes”. The show concluded with the artist and dealer spinning a carnival wheel. The recently deceased artist Al Hansen who was present purchased a painting in hopes of winning a trip to Paris. (Hansen unofficially announced this was also a Fluxus event even though he didn’t win a single prize.) Mike and Gracie and Sur Rodney dispensed assorted gifts including a motor scooter, color television, dinner for 2 and airline tickets to Paris. Gracie Mansion sold 100 paintings in one week as raffle tickets and the money that was made from the sales was spent on prizes. 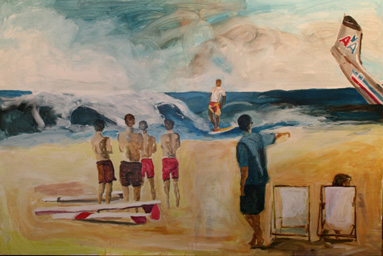 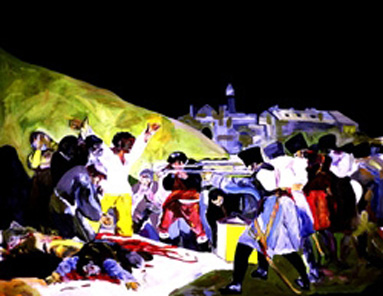 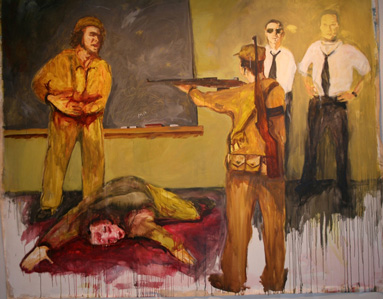 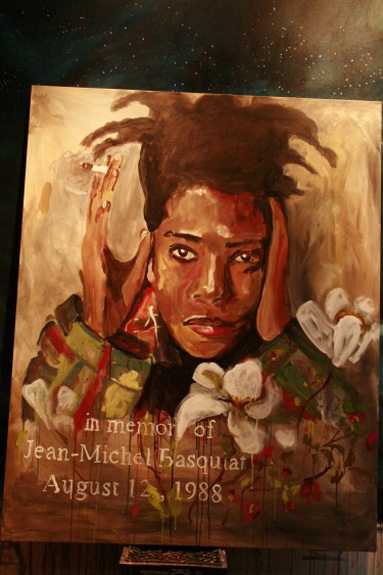