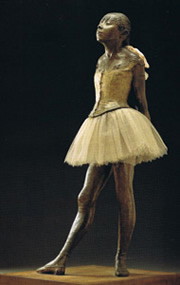 What if we could look at the most mundane elements of our daily lives through an artist’s lens? What if we could transform these everyday manufactured objects into something remarkably different even for a brief moment? Fire hydrants, standpipes, street signs, lanterns, sewer drains, and bike racks appear as endless manufactured essentials. Many are exquisitely engineered objects that quietly confront us like permanent installations marking every street corner and sidewalk in every borough. These industrial objects, which occupy a substantial portion of our urban grid, have become almost invisible to the eye as we navigate our way around them and through the trajectories and tasks of our busy lives from day to day.

Site95 is pleased to present “Transforming New York Street Objects,” an open call exhibition presented at The Lodge Gallery July 8-9. “Transforming” invites both artists and the general public to rethink the objects they encounter every day on the city’s streets through the creation of temporary outdoor sculptures with objects commonly found in their neighborhoods. Participants were asked to document their work with photographs and submit these images to Site95. All submissions are on view at nyctransformed.tumblr.com.

43 works from the “Transforming” open call presented in the exhibition were selected by a panel of 10 artists, gallerists, and curators including: Stuart Anthony (Executive Director of ArtConnects New York), Meaghan Kent (Director of Site95), Louky Keijsers Koning (Owner of LMAK Projects), Kimberly Marrero (Curator of “Transforming”), Michael Mut (Artist and Owner of Michael Mut Project Space), Leon Reid IV (Artist), Gae Savannah (Professor at the School of Visual Arts), Keith Schweitzer (Owner of The Lodge Gallery), Jason Patrick Voegele (Owner of The Lodge Gallery), and Antonia Wright (Artist). In conjunction with the exhibition, Site95 has published a special issue of the Journal that features all winning entries. Site95 is also organizing a “Transforming” workshop series with Go Project, a year round educational organization for low income public school children in Manhattan from Kindergarten to Middle School.

All images are copyright of the artists. The prints on display are Artist Proofs that are available for sale. 100% of the proceeds will be donated to The Doe Fund, a non-profit organization working to break the cycles of homelessness, addiction, and criminal recidivism. All of The Doe Fund’s programs and innovative business ventures ultimately strive to help homeless and formerly incarcerated individuals achieve permanent self-sufficiency and aiding the community, including the development of cleaner and safer streets. “Transforming” is part of Dead in August (DiA), Site95’s yearly multi-venue exhibition and event series during which New York-based artists create in-depth projects in donated spaces across the city. More information can be found on Site95.org or email info@site95.org.

Kimberly Marrero is a private art advisor and independent curator based in New York City. She has organized many high profile public exhibitions working directly with celebrated artists and art institutions worldwide. Marrero manages various private art collections for her domestic and international clients. She has also enjoyed a longtime affiliation with the Solomon R. Guggenheim Museum, in New York, serving as an active education committee member as well as a museum educator, lecturer and writer. She is a devoted advocate for Arts & Education and has established a number of grants to support various Arts & Educational Programs for institutions for learning throughout the five boroughs of New York City. Marrero is also a children’s book author.

Site95 is an alternative non-profit organization established to present exhibitions for emerging and established artists in temporary urban locations. Drawing upon available space in major cities, Site95 will present over five projects per year, each extending up to two months. The impermanent sites create a platform for artists and curators to present innovative ideas in different contexts and allow viewers to experience new work not native to their location. Exhibitions will offer openings, educational talks and tours, screenings, and performances. Site95 also features the online Journal with contributions by writers, curators, and artists.