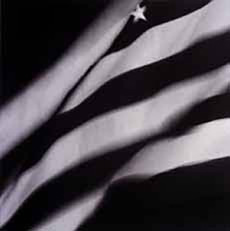 According to curator Kimberly Marrero of Suzanne Randolph Fine Arts in New York City, “This is a group exhibition that explores the diverse ways that artists approached and depicted the visual flag as an emblematic icon.” She goes on to say “To the Flag: Taking Liberties offers a challenge on several levels to its participating artists. The topic itself raises many timely issues reflective of the current state of global uncertainty. None of the work on view is a specific response to the recent political changes, but interpretations can certainly be made. The artists’ inventive exploration of the flag creates a kind of tension between this powerful symbol displayed all around us, and the aesthetic issues raised by interpretive views on a similar theme.”

Read the New York Times article about this project.