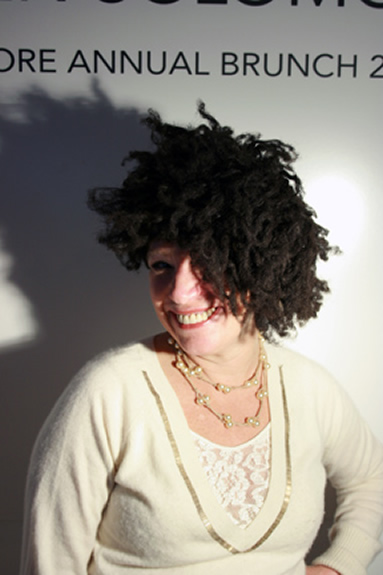 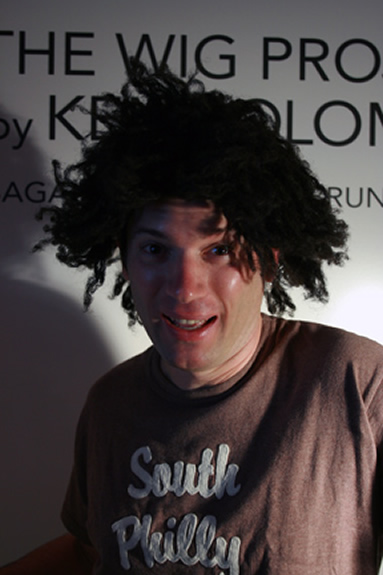 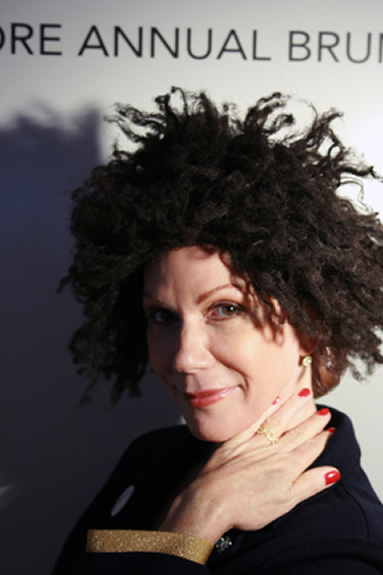 The Wig Project by Ken Solomon

Marking its one year anniversary, “The Wig Project” guest curated by Kimberly Marrero & Louky Keijsers originated in Miami during the famed Sagamore Artbasel Brunch, 2006 when Sagamore owners Cricket & Martin Taplin invited the artist to host a live interactive video work which would involve the artist taking individual portraits of their over 700 art-world brunch guests. The results are a remarkably whimsical three channel video with live audio featuring the faces of many television and film personalities, notable artists, various collectors and curators from around the world. Participants who took part in this very exciting one-day art event were asked to assume an inventive pose, without any prompting or direction from the artist, which best portrayed their individual personality. Each were given a choice of posing with or without a series of banal props while wearing an outlandishly wirey-haired black wig.

This latest collaboration with Ken Solomon is part of the Sagamore's on-going programming, which routinely invites recognized artists to create original works in a variety of exhibition areas located throughout the hotel's interior spaces, gardens and on its oceanfront beach. Previous collaborations include a special installation documenting Miami Beach and the Sagamore, by celebrated artist Spencer Tunick, photographs by Massimo Vitali, a multi-media installation by Roxy Paine and an interactive performance by the veteran conceptual artist Yoko Ono. In 2002, Massimo Vitali was selected to kick off the very first Art Basel Miami, with his on-site live photo shoot that featured glamorous art-world guests attending the first Art Basel Brunch which is now held annually. Last year, Yoko Ono chose the Sagamore's gardens for her world-renowned interactive piece "Onochord."

Ken Solomon resides in Brooklyn, New York. Both his drawing and video works have recently been acquired for the permanent collection of The Museum of Modern Art, New York. He is also featured in the inaugural exhibition “Attention to Detail” curated by Chuck Close at The FLAG Art Foundation in New York City.