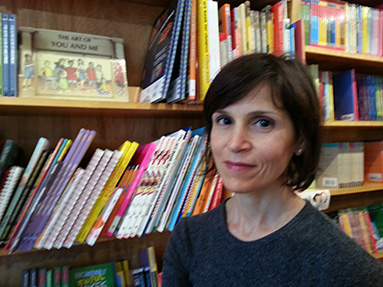 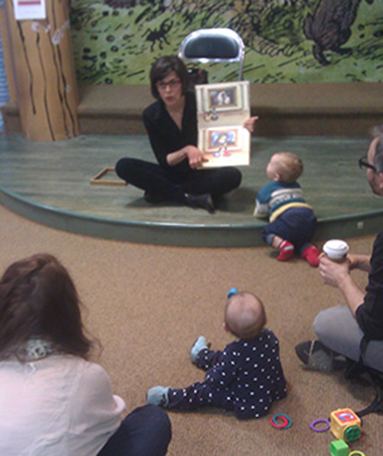 The Art Of You And Me

The Art Of You And Me was inspired by the work Kimberly does as a museum educator for the Solomon R. Guggenheim Museum in New York City.  It was discovered during a series of studies awarded by the United States Department of Education that young students exposed to art observation and the formal language of art become better learners and thinkers as a result. Kimberly believes that every child has this same capacity within them to become inspired and to thrive with the appropriate access to art. It is her sincere wish that this book will offer youngsters and their families the entryway into the wonderful and wondrous world of art!
Read press about the book 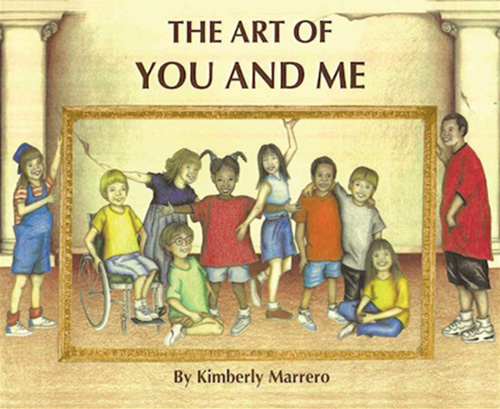 The Art Of You And Me is available at the following stores:

Author Bio: Kimberly Marrero works as a museum educator at the Solomon R. Guggenheim Museum in New York. This is her first book.

To The Flag: Taking Liberties

Stars and Stripes, three words that call to mind the American symbol of allegiance and patriotic standards. When we think of these words we instantly call to mind our American Flag the quintessential symbol of solidarity, freedom and reverence. But it can also be interpreted as an object of beauty, comprised of stars that have been compared to the heavens and stripes that echo the rays of the sun. View article.

"To The Flag: Taking Liberties", Curated by Kimberly Marrero of Suzanne Randolph Fine Arts in New York City, is a group exhibition that explores these concepts and the diverse ways that artists have approached and depicted the flag as an emblematic icon, or in its purer sense, an object of great beauty. Participating artists include Andy Warhol, Robert Mapplethorpe, Illona Granet, Steve Gerberich, David Kramer, Donald Lipski, Sam Messer, William Stone, Edward Mapplethorpe, and Ed Wallowitch.

"To the Flag: Taking Liberties" offers a challenge on many levels to its participating artists. The topic in itself raises many timely issues reflective of our current state of global uncertainty. None of the work on view is a response to the recent political changes, but interpretations can certainly be made that shift the initial meaning or intention of the artist. With the flag being displayed on public windows, cars, clothing and the like, its abstracted narrative is almost negated by its sheer purpose as a symbol of our nation’s resolve and loyalty. The artists' inventive exploration of the flag creates a kind of tension between this powerful object displayed all around us, and the aesthetic issues raised by interpretive views on a similar theme.

"During the 2nd Annual Art Basel Miami, Guest Curator, Kimberly Marrero in collaboration with Cricket and Marty Taplin, owners of the Sagamore Hotel, executed a live photo shoot with photographer Massimo Vitali using the Sagamore Hotel as its backdrop. Timing being everything, the shoot was scheduled while the endless crowds flocked into Miami Beach to attend this international art fair. In the artist's approach to the specific sites around the world he choses, a 20 ft tall scaffold was erected, in this case located at the hotel's poolside where guests were invited to gather, dine and socialize during the annual Sagamore Art Brunch. Vitali perched above the crowd stood for several hours patiently waiting for that pivotal moment of inspiration to take the one winning shot. Always conspiring with a central figure who guides his sea of subjects, all the while reminding them to look away from the camera and "forget the artist is present". After many trials and tribulations relating to those who proceeded to pose for the camera in spite of the artists wishes and visible frustrations... the exposure was made and Art Basel and the Miami flavour were immortalized. Kimberly Marrero, Independent Curator and Christine J. Taplin, Curator of Sagamore Hotel. View the catalogue

From The Opposite Side / Reflections On The Münster Sculpture Project 2007

The art one finds at the Münster Sculpture Project today, which was co-curated by Brigitte Franzen, Kasper Konig, and Carina Plath, is it seems of a more modest stature than that which has appeared in some of the Projects earlier exhibitions. These newer, more modest works carry a larger political, and social payload. Raising the question, is a bigger, grander installation really better?

The story goes that when George Rickey placed his kinetic sculpture in the city of Münster in mid 1970 there was a significant outcry from the city’s citizens. To address this dissatisfaction and to attempt to bridge understanding about art in public places Klaus Bussmann, Project Münster’s founder, in 1977 undertook a series of lectures and presentations at the Westfälisches Landesmuseum in Münster, to address the concerns of the populace. Thus was born the Münster Sculpture Project. Although protests of the project followed in latter years the citizens of Münster eventually came to embrace the project, and are found today to be quite proud of it, celebrating its presence in the city, as well as understanding the economical benefit it brings to this rather sleepy college town. Thus the George Rickey sparked a transformation in this city.,
Read entire article Listen to podcast.