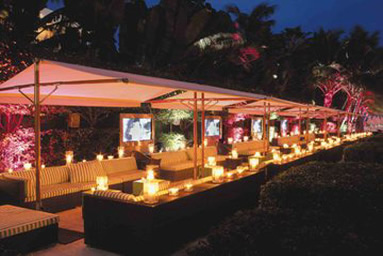 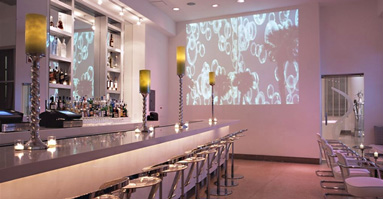 Sharing the Sagamore art collection with the general public is the result of the dedication of its originators Martin and Christine Taplin’s. From its inception, the Sagamore has featured work by a host of notable artists of varying approaches and artistic disciplines. In their pursuit of sharing their personal vision and in continually exploring new media, the Sagamore is pleased to present its new Video Lounge featuring some of the highlights from this developing collection.

The Sagamore has invited Guest curators Louky Keijsers and Kimberly Marrero to organize a special video program, during Art Basel Miami 2006, based on selected works from its collection and a variety of notable artists also exploring the medium of video. Daily screenings by various notable video artists, such as Susi Jirkuff, Christina Petterson, the Starn Twins, Ken Solomon, Kiki Seror, Timothy Hutchings and Jordan Wolfson will be on view at key locations throughout the hotel including: the Video Lounge,bar,garden and lobby. The program explores artists whose works share a similar point of view on such themes as; cultural identity, cinematic appropriation, the documentations in experimental performance and global concerns on the form of political satire. Artists Liselot van der Heijden and Susi Jirkuff question the current bush administration in both a humorous and compelling way. As others like Tracey Mofatt and Jillian McDonald appropriate existing Hollywood film clips within their works that deal with themes of love & lust.